High nitrate accumulation, sometimes referred to as old tank syndrome, can be a common problem for long-time aquarium hobbyists. It usually occurs when regular maintenance and water change routines are ignored. Nitrate is the end product of bacterial reduction of ammonia to nitrite and then to nitrate. The nitrate will accumulate in the aquarium water until it is assimilated by plants or removed by water changes.

In freshwater, nitrate is relatively nontoxic even at high levels (200 mg/L or more), but in saltwater aquariums, it can be a problem for marine invertebrates, so it should be kept at lower levels (below 20 mg/L). Some marine aquarium keepers are reluctant to perform regular water changes to lower the nitrate as they would then need to add more salt into the aquarium, and so they only top off the evaporated water with freshwater (as salt does not evaporate). This does not remove the nitrate, but allows the nitrate to rise and can cause problems in the aquarium.

This nitrate reduction method is an instant nitrate reduction water change method. You can reduce nitrate quickly to zero with no ill or harmful effects to your established aquarium residents. In fact, the behavior of the tank inhabitants can improve greatly afterward. You may notice the fish will become more active, start eating better, and may display brighter colors within a few days.

One important consideration before you start a massive (or any, for that matter) water change is to remember that you will also be changing the pH in your tank (probably upward). Before beginning this water change, it is wise to slowly adjust your tank water pH to where it will be when you are finished. You can adjust the pH upward with common baking soda or downward with one of the many products on the market to reduce the pH of aquarium water. This will prevent your tank critters from going through “pH shock,” which can be fatal to more sensitive tank critters.

This method was proven when an experiment was performed to test it. The test tank’s nitrate was allowed to rise to a dangerously high level, literally off the scale, to observe the transitions the tank would go through. The experiment was successful. It allowed the testers to observe the formation of different algae.

The established aquarium residents survived, too; a 15-inch snowflake eel, various types of hermit crabs and snails, a few crabs, two colonies of zoanthids, some non-living corals, and some live rock. The testers even added a newly mated pair of coral-banded shrimp the day after the completion of the water change procedure with no problems at all.

Many people try to reduce their nitrate levels by performing a series of partial, 20 percent water changes. This will reduce your nitrate (or any other chemical substance) levels, but it is rather inefficient if the object is to reduce the levels to near zero in the shortest period of time as possible, with the least amount of water.

Why It Is Safe

Of course, the best way to avoid the urgent need to have to reduce toxic nitrate levels is to follow a regular maintenance and water change routine. If you find you are in a position where everything you have tried does not seem to work and rising nitrate levels continue to be a problem, give this water change method a try.

You can be conservative while using this method, too. if you are concerned about “shocking” your tank inhabitants, you can always perform this process over a period of time (waiting a few days between each water change process) until the nitrate is reduced. 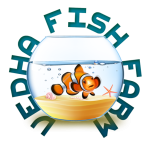 DUE TO PONGAL HOLIDAYS.. DELIVERY WILL BE POSTPONED AFTER 18TH OF JANUARY. KINDLY COOPERATE WITH US. Dismiss